Buried within a Kingdom Hearts game is a stunningly accurate symbol of Income disparity.

While working on another article about gaming habits, I rekindled my love for Kingdom Hearts. Specifically, I revved up a game of KH: Birth By Sleep Final Mix and started smashing up Heartless (sorry, Unversed) to my heart’s content. It’s filled with minigames like racing, fruit volleyball, human pinball, and rhythmic ice cream shooting- a bizarre collection for sure. It also has the Command Board, which is a fantastic ripoff of Monopoly. When playing it the other day, I realized that it’s a much better representation of economic disparity than even the original Monopoly.

Please indulge me here, this will only take a minute.

Okay, so you know how Monopoly is infamous for ending friendships? Well, there’s a reason for that. The game is meant to inspire greed. That’s the whole idea behind a monopoly, after all; if you’re greedy enough you can own everything and bankrupt your opponents at the same time. The mechanics of the game are simple enough: use the money you collect to purchase spaces, which can then earn you more money when an opponent lands on them. If you’re ruthless enough you can win the game and lose all respect at the same time.

Well, The Command Board is worse. Or better?  It depends on how much you value ruthlessness. Let’s list the similar mechanics of the two games, shall we?

And so on. It’s largely the same game, but there’s a bunch of small differences in the Command Board that make it a lot more interesting. For instance, there’s a space that increases the value of everything on the board. When you pass over it you add 1% value, and when you land directly on it the current value is applied and the counter resets. If players touch it repeatedly values can skyrocket, making it more difficult for players to purchase panels altogether.

Another twist is how much your salary is adjusted per circuit. In Monopoly, you are limited to $200, but in the Command Board, the amount is relative to the amount of panels you own and how much you have invested in them. This means that you will get more funding if you own more, and the game rewards you for stealing your opponent’s panels. It’s unsettling in how direct that symbolism is. 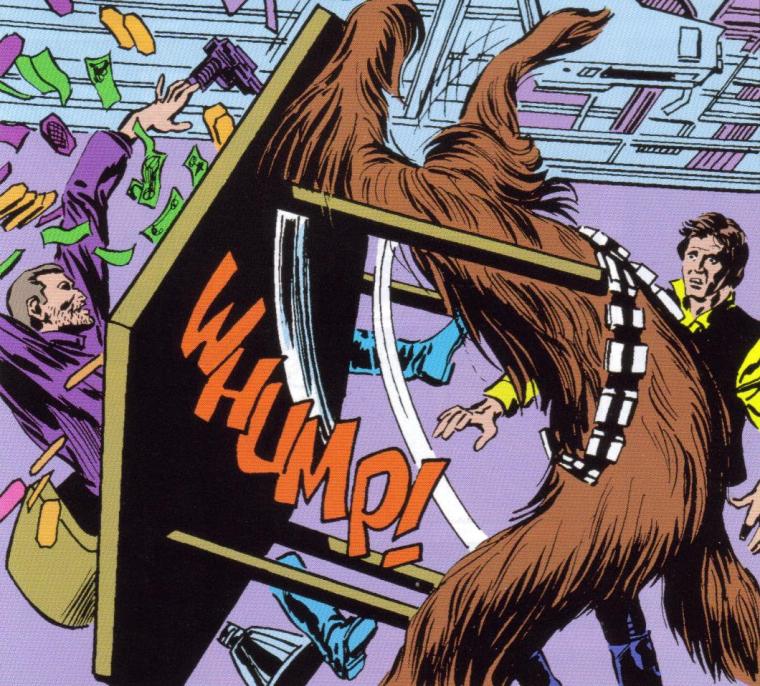 There are also Void panels, which cost you money (think Luxury tax), but you can sometimes avoid landing on them by taking care to plan your route and making use of the bonus cubes; these special spaces rest on top of the void panels, and when you pass over them, they moves with you and act as a buffer. Not only that, but if you move the bonus cubes with you for a set number of void spaces, they will reward you with money. So planning your route means you can earn yourself more money, deprive your opponents of additional funding, and avoid a losing money on a void space all at the same time. Sometimes you can work it so your opponent is more likely to land on a void space by denying them the ability to use the bonus cube. Help your self and hurt the other guy at the same time- It’s a deviously clever mechanic.

There’s more. The use of checkpoints (which players need to hit to get cards, meager amounts of money, and a means to collect their salary) and circling routes means you can build up your panels in such a way that forces your opponent into a risky area that benefits you if they roll wrong. The more panels you own, the less options your opponents have.

Want even more? The Command Board has more! Instead of the random pluses and minuses that Monopoly’s two card decks give you (Chance and Community Chest), the Command Board gives players a hand of cards that can do a small number of things that can have a huge impact. There are three types of cards, which I’ll call Strength (a Keyblade), Magic (a wizard’s hat), and Defense (a crown). You can use these cards before you roll on your turn. Using two or three Magic cards, for example, gives you two or three dice to roll, respectively. Using three Strengths doubles the value of all your panels for a while. Using a single Defense will protect you from losing money once. Using these cards adds a whole different layer of strategy Monopoly lacks, and is more in tune with how people use resources in the real world. Use them when the time is right and you’ll go far; waste them and you’ll get a slight benefit that won’t protect you from the onslaught of crushing debt.

Oh, the debt mechanic. Normally debt in the Command Board means selling assets to get back to a positive state. But if you own every panel and your opponents can’t earn enough to steal a panel from you, they’ll just circle around the board endlessly, paying you an obscene amount of money as you watch and laugh maniacally. Tell me that’s not an accurate representation of how the American economy views debt, and I’ll sell you a rock that protects you from tiger attacks.

I don’t know why the Command Board isn’t a game unto itself. Well, perhaps it would be better if it wasn’t- the ruthlessness of this game will not only make friendships break more easily than hip bones riddled with osteoporosis, but it very plainly shows how greedy, ruthless, monetary aggression is rewarded in the free market. That might just hit a little too close to home.

So to wrap up, this tiny mini-game within an okay-ish Kingdom Hearts prequel managed to show how by using resources effectively you can totally make yourself richer by making everyone else poorer. Because screw the little guy, we all started out equal and it’s their fault for not doing better.

This site uses Akismet to reduce spam. Learn how your comment data is processed.

What Peeps Are Saying